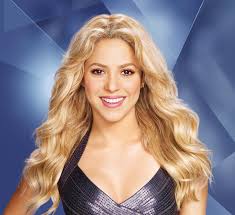 If ever there was a theme song for DevOps, it has got to be Shakira’s Try Everything.

It was pure serendipity that I stumbled on it. It was a habit of mine to do a bit of reflection of the day that was in my evening walks. I find that my best thinking came when I was moderately sweating out. What would be a key ingredient for an organization to succeed as it lets go of legacy practices and transforms into a new modus operandi?

At precisely that moment, Shakira’s alluring, sexy latino voice blared in my earbuds. She spoke truth in my ears.  A bit dramatic, I know. Truth nevertheless.

I had some time to ponder the lyrics deeper and its application to DevOps. Any one of the themes selected could spawn discussions on many different aspects of DevOps. I’ve exercise tremendous restrain – which is not easy, believe me - and limited myself to one.

Let’s run through some of the things she crooned…

RESILIENCE is an important quality for DevOps at the individual, organisational and technological level.

While much focus is placed on IT service and application resiliency – understood as the inherent ability to operationally tolerate faults and errors, one cannot underestimate the importance of personal and organisational resilience.

An organisation’s DevOps journey is unique. It Is truly pioneering and braving unchartered waters every day. It is no exaggeration to say that an organisation would be peerless in that regard because no two organisations are identical in its constraints, capabilities, strategic direction and outlook.

That organisation, and it’s people, will take knocks and setbacks as it evolves and adapt its way of working to serve the business. Failure is a mathematical certainty but it is the attitude and behaviour to failure that will separate the successful and the alsorans.

Individuals and organisations must accept failure as a learning opportunity (see next section) and not devolve into a blame game. The ability to withstand failure and still have the stomach to move forward becomes an organisational culture imperative.

The knockout blow for a boxer is not the hardest punch, it is the punch that the body and mind did not expect. Individuals and organisations would do well to ready itself mentally and emotionally for setbacks in its journey.

Learning From Failure. It can come in different shapes, form, practices or verbiage but it means just that.  The essence of concepts such as anti-fragility, chaos engineering, the growth mindset and blameless post-mortems is to accept and embrace failure as being necessary for progress.

There is no better teacher than failure. Indeed, it is repeated ad nauseum that a person or organisation that has never failed, has never tried anything new.

Google, for example, encourages people who made mistakes to be accountable for their contribution to the failure BUT goes one step further and acknowledges them as experts in educating the organisation how NOT to make the same mistake again.

No throwing under the bus. No public lynching. Everybody learns when anyone gets it wrong.

Any good approach or methodology will incorporate continual improvement.

The Japanese business philosophy of Kaizen, for example embodies continual improvement. Kaizen translates as “change for the better” and is a commitment to never settle. The pitfall for many organisations is treating improvement as disparate and fragmented projects. Once a project has ended and demonstrated desired results, the improvement team disbands to focus on the daily grind.

The recent emergence of roles such as the Site Reliability Engineer (SRE) embed continual improvement expectations into the role. The SRE is expected to spend approximately half the time managing IT operational issues. The other half? Improvement through investigating and implementing solutions to improve operational aspects like performance and capacity planning, on-call monitoring, self-healing mechanisms and disaster responses.

The pursuit of excellence is non-stop and is integral to the role.

Do not do what is easy but what is necessary. The modern IT practitioner will need to be recognized and even incentivized for attempting what is difficult.

Courage is not limited to the DevOps practitioner but also business and IT management. Failures and setbacks will occur as experimentation with new tools, practices and techniques gets under way. Business and IT must commit to moving forward together and not regress at the first sign of hardship.

DevOps is underpinned by the Three Ways, as written by Gene Kim in his seminal novel, The Phoenix Project. The First Way is about optimizing flow from Dev to Ops. The Second Way expounds the virtues of fast and early feedback. The Third Way is looking at Continuous Experimentation and Learning (CEL).

CEL is about creating a culture that fosters continual experimentation, taking informed risks, learning from failure and understanding that continual practice and repetition leads to mastery. The Third Way is an amalgamation of many things for it to come alive and it is apt that we end with this last theme. In my view and observation, a spirit of RESILIENCY, displaying COURAGE, committing to CONTINUAL IMPROVEMENT and the ability to LEARN FROM FAIURE are the cornerstone of the Third Way.

The song was written for an animated movie, Zootopia (quite a riot!) and I suppose the primary target of the movie and the accompanying theme song was young children. The same learning points and teachable moments that was meant for children can be very easily applied to DevOps. A child’s formative years are universally recognized as the period where their capacity for learning are  boundless. It is this same capacity that is needed in organisations seeking to transform to and sustain DevOps practices.

As individuals and as an organization, it is imperative that we learn quickly, accept failures will happen, brush ourselves down and keep going. Celebrate success with joy and then start again. Don’t settle because that’s when the rot sets in. Acquire – or reacquire – the indefatigable spirit, the sense of wonderment and curiosity of a child.

I argue that it is the very essence of DevOps. Shakira (and her hips) don’t lie!